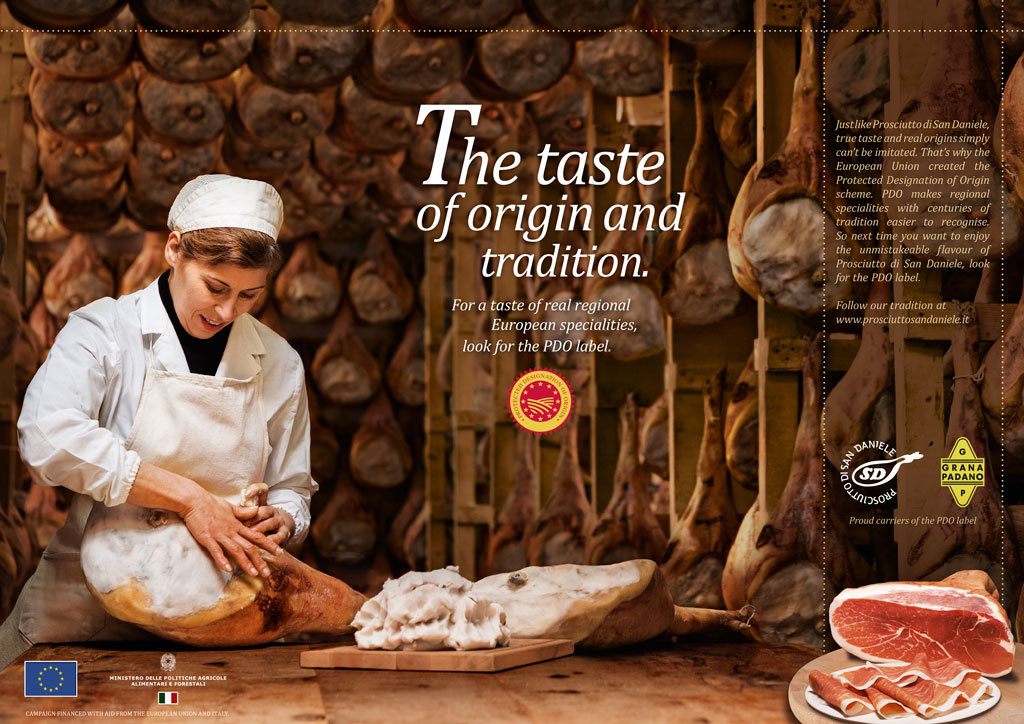 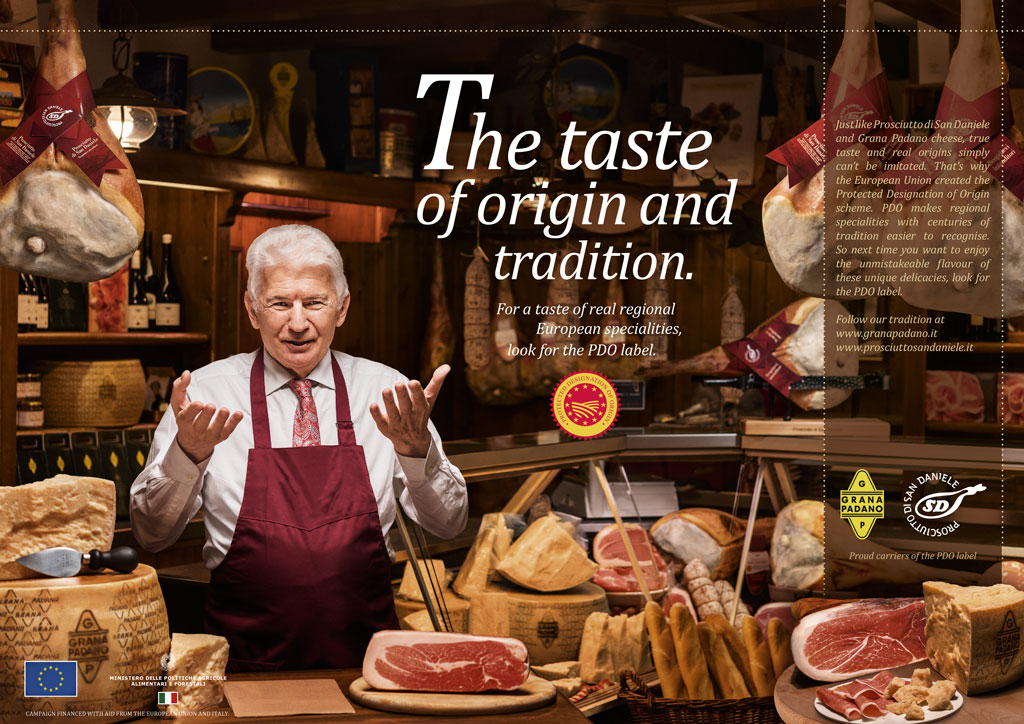 The concept and visual style for the Consorzio di San Daniele and the Consorzio Grana Padano for target markets in Germany, Austria and the United Kingdom was developed by mani design consulting in early 2014. The goals of the campaign were to raise the demand  and sales for “Prosciutto di San Daniele” and “Grana Padano” cheese, and to create awareness for the Protected Designation of Origin scheme (PDO label) awarded by the EU. Grana Padano cheese is a hard, slow-ripened, semi-fat cheese from Italy, comparable to Parmigiano Reggiano or “parmesan” cheese. Grana Padano has had protected designation of origin status since 1996. It is cooked and ripened slowly for at least nine months. Prosciutto di San Daniele is an Italian dry-cured ham that is usually thinly sliced and served uncooked; this style is called prosciutto crudo in Italian (or simply crude). It is one of the two types of the famous Italian prosciutto.
We tried to capture the character of the two special products and their traditional production by focusing on the people who work hard to ensure the constant quality, whether they work in production, controlling or sales. The visuals were planned in a style reflecting both the tradition and a certain nostalgia. They also capture the atmosphere of the production environments as well as original sales points like small Italian groceries.

The campaign was first presented in 2014, the campaign visuals were adapted and realized in 2015.